Since this event was an international one, the following article is written in English. It is written from the perspective of our attendee Gerhild, who participated in longsword.

The Necro 2018 gets its name, to my knowledge, from its main sponsor, Neyman-fencing and unfortunately not from dark and mysterious occult rites, designed to bring back the dead. It was held on the 25th of August in Zagreb, Croatia, hence the second part of the name. The tournament was organized by Ars Gladiatoria Zagreb (HR) and Academia Artis Dimicatoriae (SLO).
I was really excited to attend because compared to the German elders and giants this was a young and fresh tournament in a still blossoming scene. I also have to admit, I’m simply in love with all the Balkan Fechters and hoped to see some friendly faces again.  In short, NeCro 2018 sounded like a promising venture with no „ladies“ category, big yay for that.
Sadly, it started out somewhat frustrating. After „applying“ for the tournament it was unclear for applicants whether they would get a spot, what determined if they were getting a spot and how long this selection process would take. Facebook messages and posts stayed unanswered, our Trainer Rainer had to withdraw his application because he could not keep the weekend free from duty for a „maybe“.
On the 3rd of August, my registration was confirmed. In the same email the organizers informed us about the great difficulties they have had to overcome- in short, nothing had gone as planned yet rather than canceling NeCro, they made the necessary changes to still hold a tournament but only one instead of two days. Now that is Hema-spirit worth supporting. So on Friday, I made the trip across borders to do some fencing!

Was fun! The whole team was working hard to make things run smoothly while still creating a warm and welcoming atmosphere. I paid my 30€ fee which not only included a T-shirt but also lunch. Then, after a speech, things got serious.  I was a little bit worried that gear check would be overly strict and stressful, as it often is the case with new organizers and judges but no; Everything here? Cool, let’s rock! 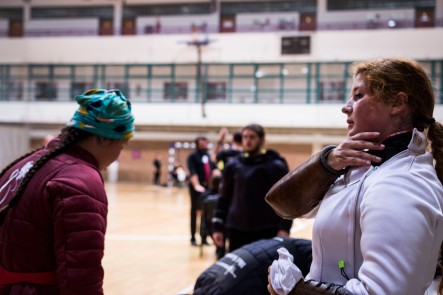 First surprise: round fencing areas! I found the idea interesting, yet the circles were too small for my taste (only 8m in diameter) and lacked the „careful it’s just 1m to the edge“ line.  The pool size of 6 people was perfect, but unfortunately, the system only let the two best fighters continue on, which sadly meant that I drove 200km for 5 bouts (yes, I could just have been better at fencing, I know), but I didn’t regret it. The atmosphere was all about fencing with , not about defeating each other, it was about the sport, not the competition, about sportsmanship, about exploring this wonderful and weird field of reenacting sport and practice together. It was the kind of tournament where you wholeheartedly cheer for the guy who just beat you in the previous round.
All rounds were very well timed, so there was actually time after the awards ceremony to do some free sparring, which I enjoyed very much.

Yes, there were some minor organizational mishaps (like no indication what the ladies locker room was) but overall, things went very smoothly. The team was always there and happy to answer any question, the food was good and plenty (thank you so much for providing vegetarian food!) and the friendly faces I expected I got. Old and new. 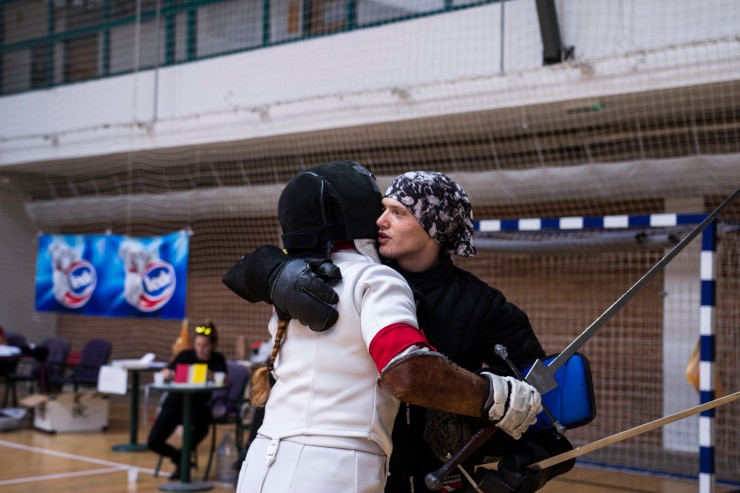 Thoughts on the rule set

Here I would also like to thank the referees. I can’t imagine how hard it is to do this for the first time!

I’d happily sign up for NeCro 2019, even if it’s „only“ one day of fencing with a dinner afterward. This year, was a small tournament yet still absolutely international, it was open to anyone and truly a space in which one could simply enjoy getting their ass handed to them, sword in hand. If I had a wish list for next year, I’d probably put „Bananas and Coffee“ on it.
Tip of the hat to Ars Gladiatoria Zagreb and Academia Artis Dimicatoriae for pulling this off in your first go. Thanks to everyone involved, be it as chronos, judge, scribe or event coordinator! 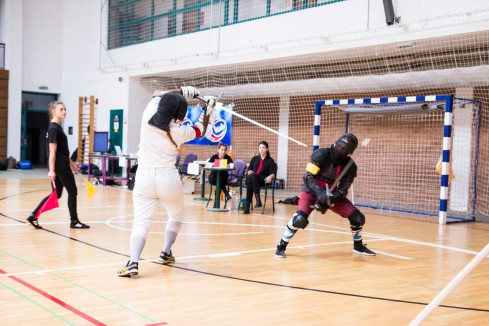 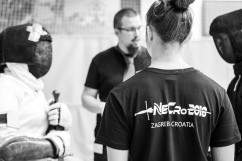 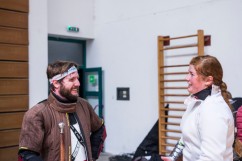 4 Kommentare zu „NeCro- what else?“

This site uses Akismet to reduce spam. Learn how your comment data is processed.